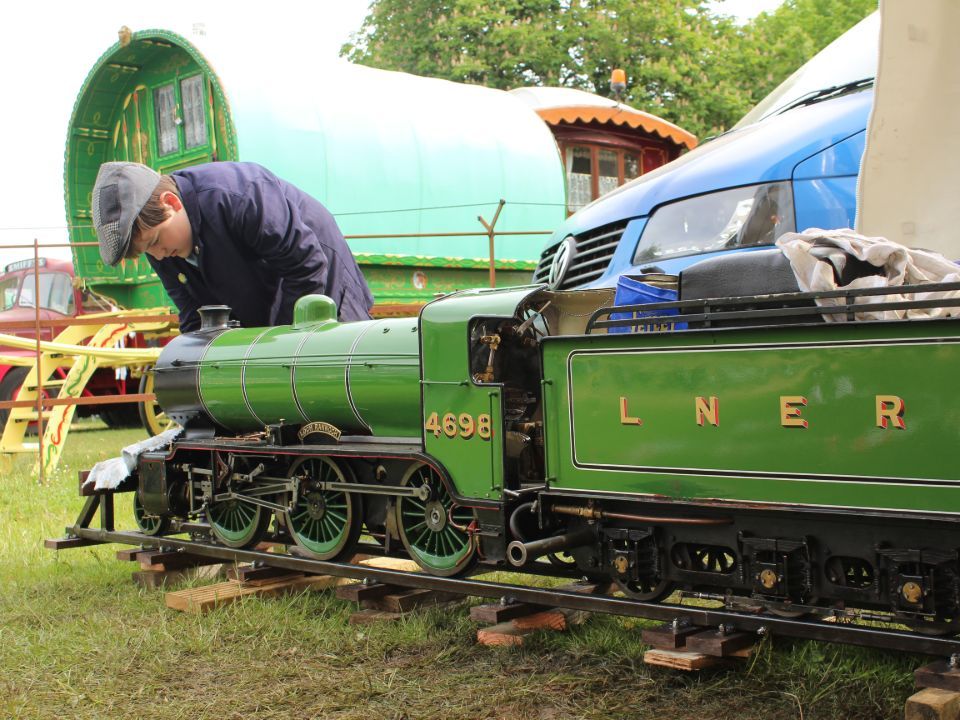 This is a model of an LNER K2 class locomotive built in 1993 by J T Drury in Coventry, who built 3 more similar locomotives. Loch Rannoch has a steel boiler with copper tubes and a working pressure of 90 PSI, 2 injectors, cast iron cylinders with automatic drain cocks, Wallcharts valve gear with stick lever, mechanical steam lubricator and is fitted with vacuum brake equipment.

The locomotive was the first steam locomotive to operate on the Top Field Light Railway in 2016 and is the flagship loco. Currently owned by John Mason it is out of action having the tender rebuilt, but should be back in traffic during the 2021 season.

The original “Loch Rannoch” operated on the West Highland Line, which includes the Glenfinnan Viaduct featured in the Harry Potter series of films. 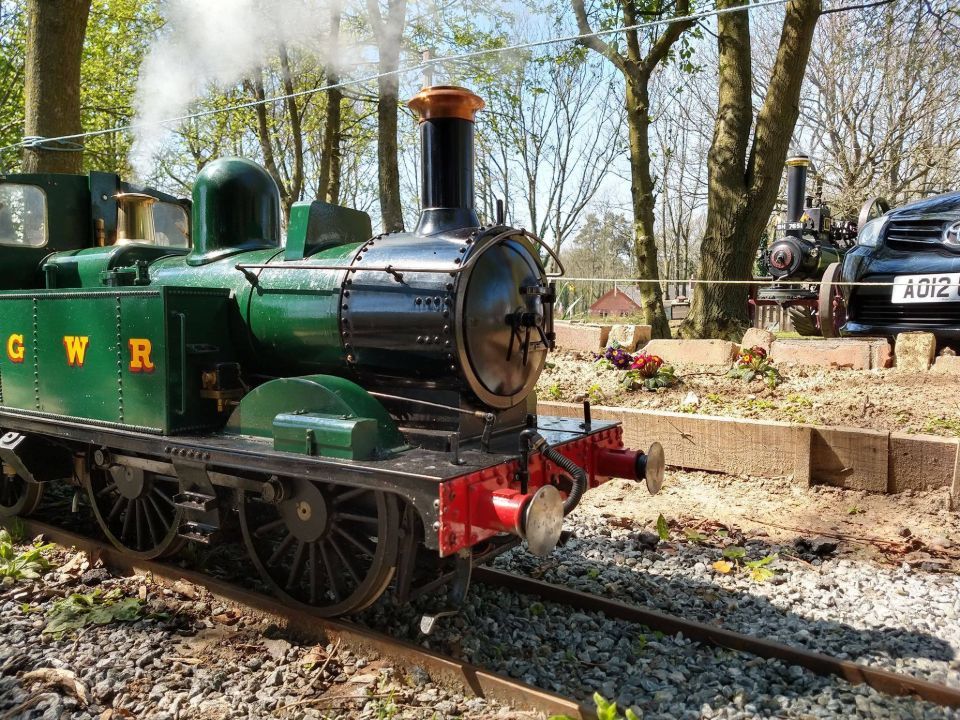 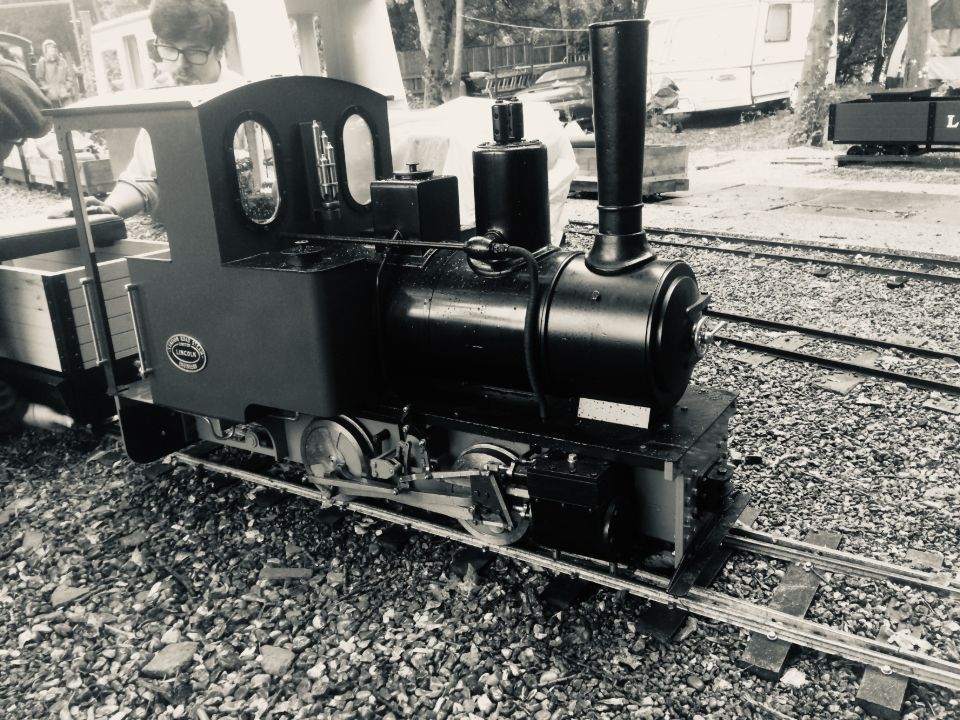 Built by station road steam in 2014, started a life in Germany pulling passengers at shows and exhibition. In 2019 the owners traded her in for an 0-6-0 Feldbahn  for stronger pulling power. She then went back to her builders in 2019 and was put back up for sale after she had a new steam ticket put on her. Then in early 2019 she was purchased by her present owner, Nick Walmsley. This locomotive is operational at Nicks own private railway and at Top Field. You may of even seen her at the Great Henham steam rally alongside the K2. 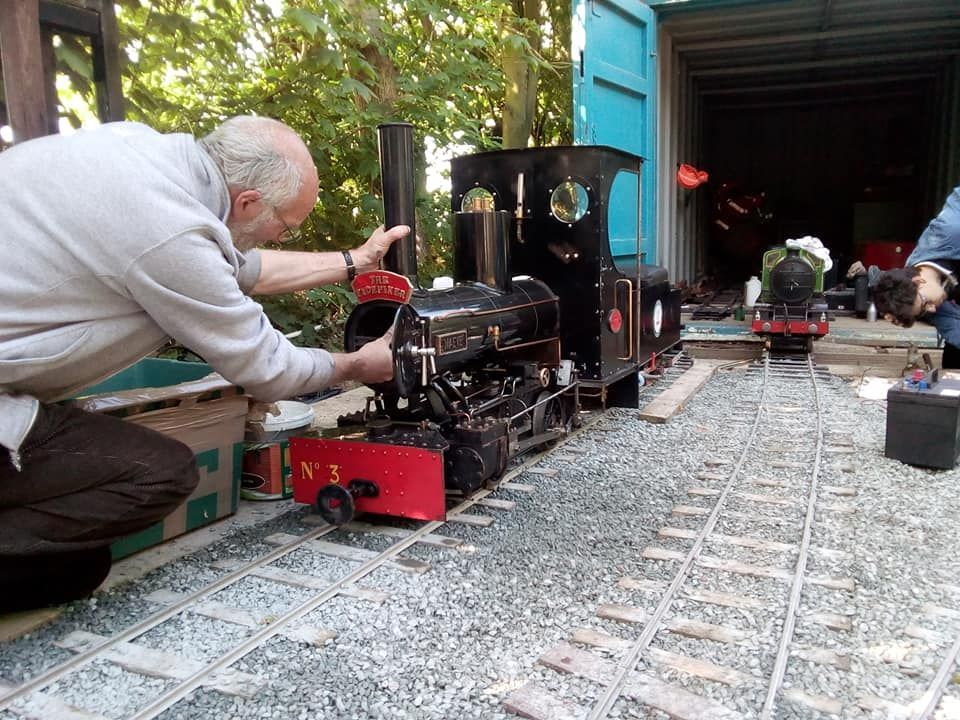 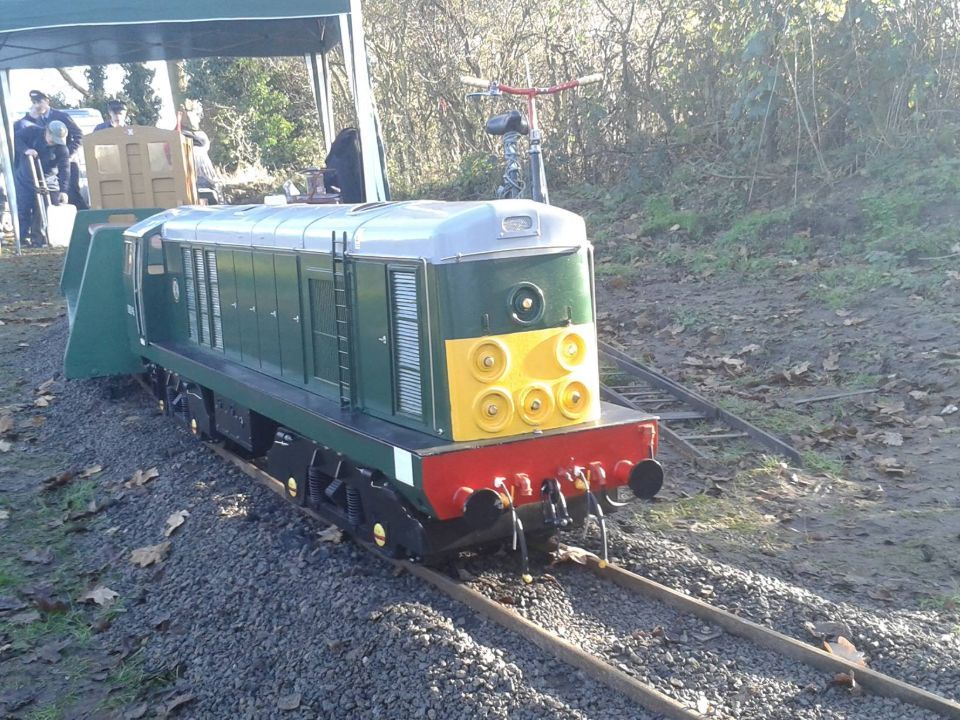 The Class 20 locomotive was purchased from Steam Days of Liverpool and came to Norfolk in the back of current owner John Mason’s car in 2018. This is a purpose built ‘one-off’ model believed to have been constructed by a retired doctor from the Home Counties. Later a ‘Ride-on-Railways’ driving truck was acquired and since arriving at TFLR the Class 20 has been in regular service on operating days and as a works loco for permanent way construction..

Built by station road steam in august of 2011 as works number 1311 with vacuum braking equipment and chime whistle, walcharts valve gear, 2 injectors, 120psi boiler. It has had several owners over the years being but in 2019 it was purchased by Nick Walmsley who is a friend of the club. In 2020 he sold Tihany to the Whitwell & Reepham Model Engineering Club as are first club owned locomotive. Currently operational and ready for the 2020 season. 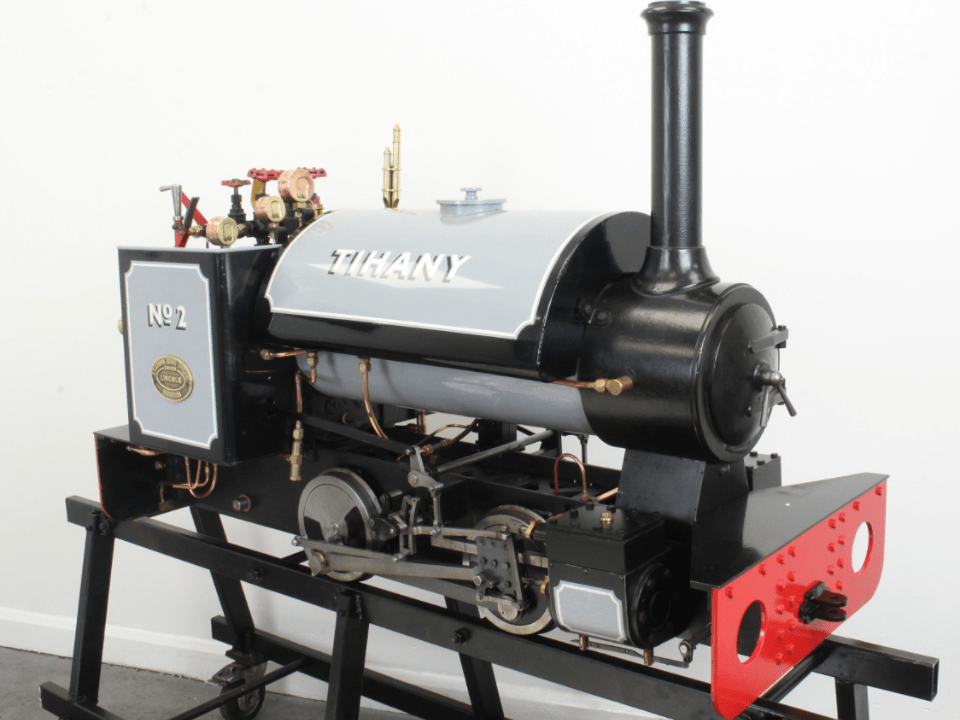 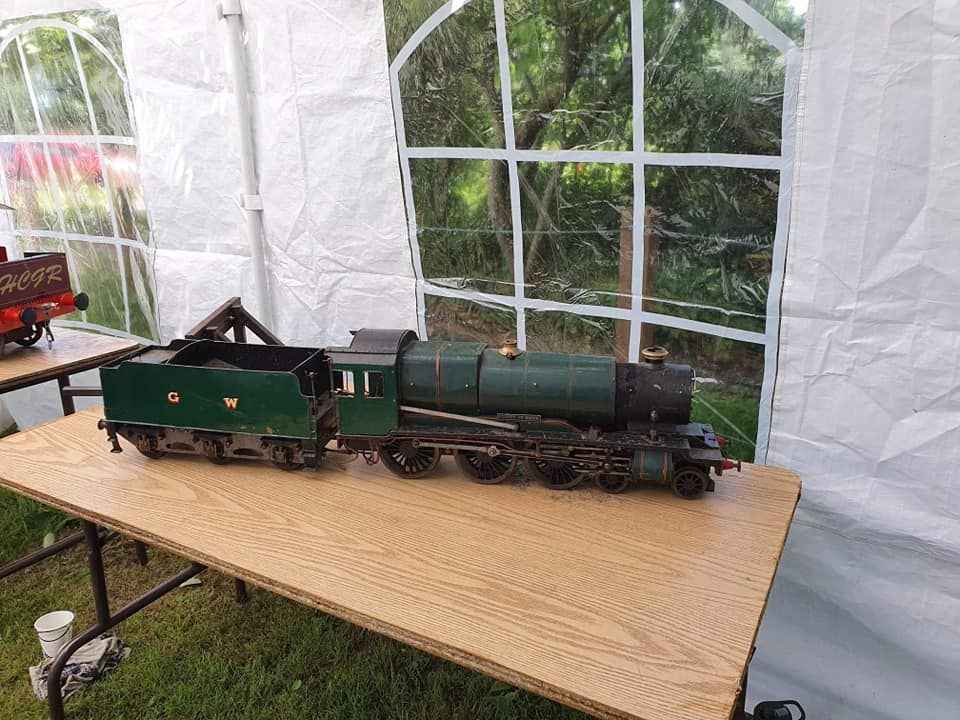 Little is very known of its early history, although we believe it was constructed in the 1960’s. Steamed at local village fetes up until the 1980’s when certificates were required for public liability. County of Essex was purchased along with a 3 1/2 inch gauge Sentinel Vertical boilered locomotive and an experimental LMS electric locomotive in 2011 by Mike Urry. Unfortunately the Sentinel and the LMS locomotive were both destroyed in a devastating fire in about 2013. The County having been brought to the station site the previous month for work to commence on its overhaul. It languished in its dismantled state, with bottom end work being carried out. It was purchased by Rob in 2019. Future plans are to overhaul it to full working order, with a possible opportunity to convert it into a Great Central Railway 4-6-0 Class B3. The boiler requires minor repairs and steam testing before being replaced into the frames. The cladding, cab, smokebox and tender require renewal. Ultimately it will become one of a stud of locomotives that will go on tour on a raised portable railway.

This locomotive is a Bridget class. Currently undergoing overhaul. 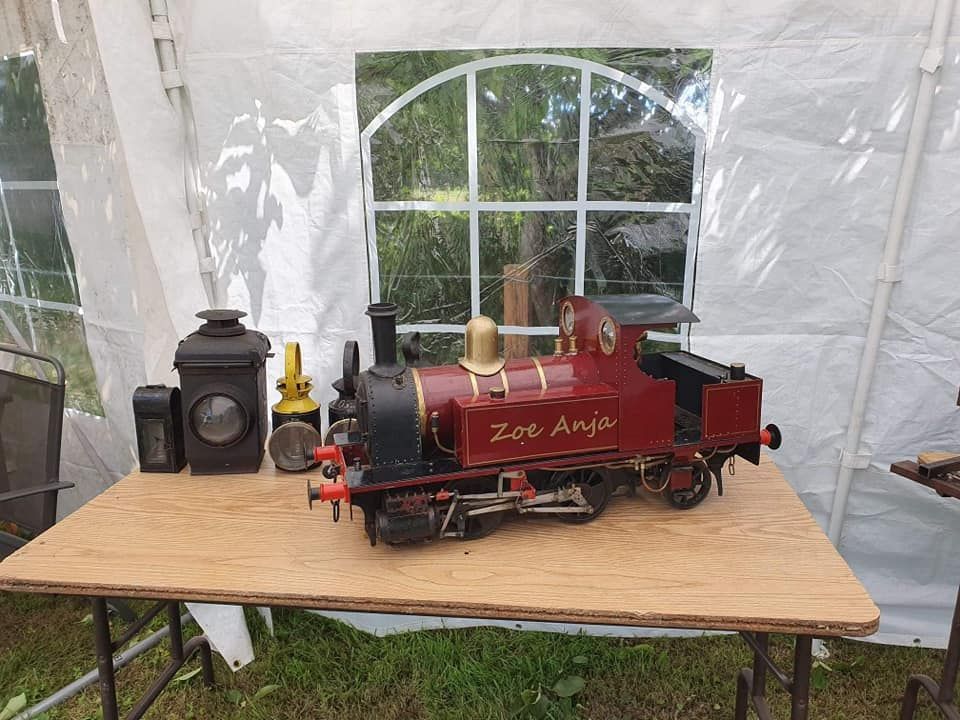